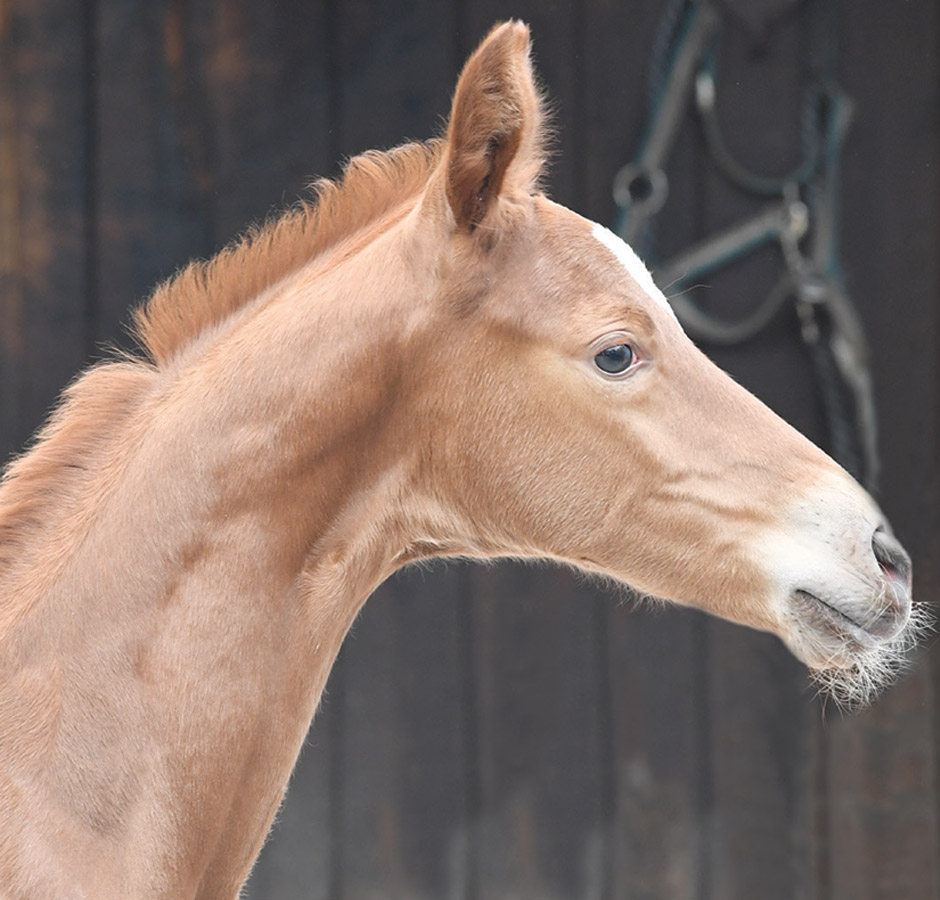 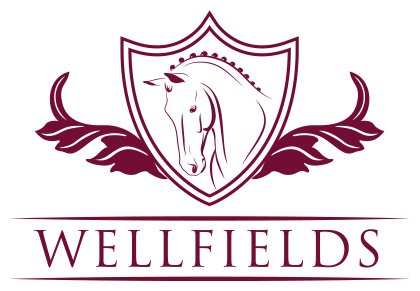 This gorgeous filly with the sweetest personality surely has a future as bright as her iridescent chestnut coat. With super conformation, straight limbs and set perfect neck is she already showing her inheritance of elegant floating paces with a beautiful natural neck carriage, and with a pedigree that reads like a Who’s Who of dressage is it any wonder.

Her Sire DON FREDERICO (by the legendary Donnerhall) was Champion of his licensing in 1999 and convinces with his eye-catching good looks, excellent rideability and very good basic gaits. In 2005 he was rated by the German Equestrian Federation as the second most valuable breeding stallion based on his Breeding Value Index of 174 points, with an assurance of 89% heritability. In 2009 he was awarded the Grand Prize of the Hannoverian Verband in part due to the resounding success of his offspring, such as the internationally successful Grand Prix gelding Don Johnson (ridden by Isabell Werth), and Olympic Team Silver Medallist Diva Royal (ridden by Dorothee Schneider). He has produced 31 licensed sons and an impressive 221 of his daughters have been awarded State Premium status.

Her Dam Sire, two time Reserve Champion of the World Young Horse Championships, DIAMOND HIT, by the great Don Schufro, needs little introduction having been successfully ridden at Grand Prix by Emma Hindle for Team GBR. He has produced 44 licensed sons, 13 State Premium Mares and has 18 dressage horses competing at the highest level in Germany.